The land owner wanted to add new housing in this historically remarkable district. The hydroelectric power station of Imatrais the first in Finland and it is still in use.We designed a new city plan and urban design guidelines, which include 300 new apartments. The environmental impact of the new city plan was extremely carefully studied not only considering the historical values of the area but also nature, noise and ground quality. The survey of the historical architecture was accomplished by helsinkizurich. The plan includes five units of 3 to 4 storeys high apartment houses alongside Imatrankoskentie street and one landmark building in the middle. New townhouses were added next to Imatrankoski rapids. Also the residental area designed by the well known Finnish architect Aarne Ervi was freshened up with new buildings. Eventually the area will consist of blocks with unique identities and typologies. This city plan has been accepted by the City Council of Imatra City in January 2014. 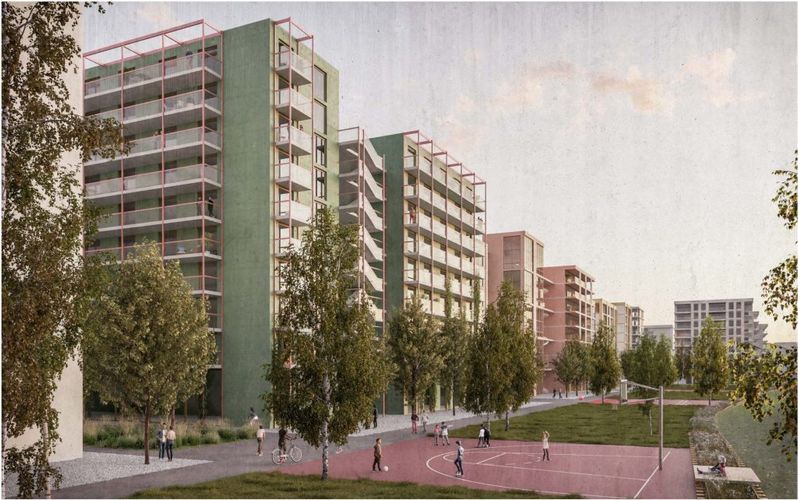