Aviapolis Station District lies two minutes away from HEL – Helsinki Airport. It is the future focal point of ‘Aviapolis’ – the local Aerotropolis – developing step by step in the vicinity of the airport. Starting 2015 a commuter train links the area to the airport and the centre of Helsinki. The Aviapolis Station District Master Plan addresses a 14ha area on top of the ‘Aviapolis’ underground train station.

The Aviapolis Station District Master Plan and the Aviapolis Station District Design Manual provide a visionary and flexible framework for developing a diverse, compact, urban community – an attractive place where individuals and organizations want to be. The urban design scheme is based on a relaxed grid layout, a main urban axis between the two exits of the ‘Aviapolis’ station, and a dense, diversified network of other connections. The scheme incorporates a regional green route and creates a tightly knit mixed-use environment with offices & logistics, retail & services, an aviation museum, and a rich offering of short- and long-term housing.

The Master Plan and the Design Manual guide the quality of key urban spaces and leave freedom for developing the individual blocks further. As part of the master planning, detailed studies were made for the first block at the southern station exit incorporating a mix of uses: retail, housing, offices and a local bus terminal. 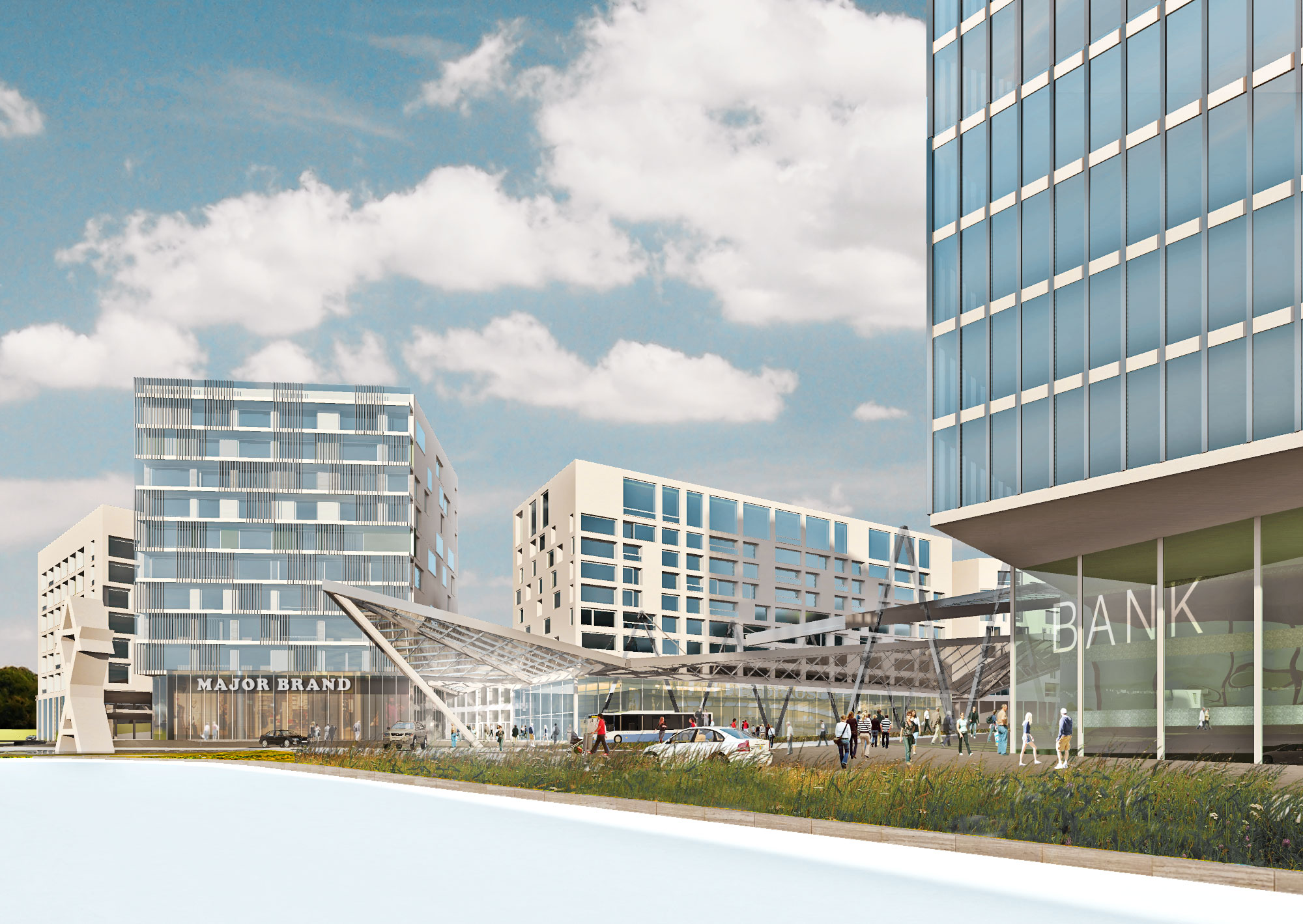 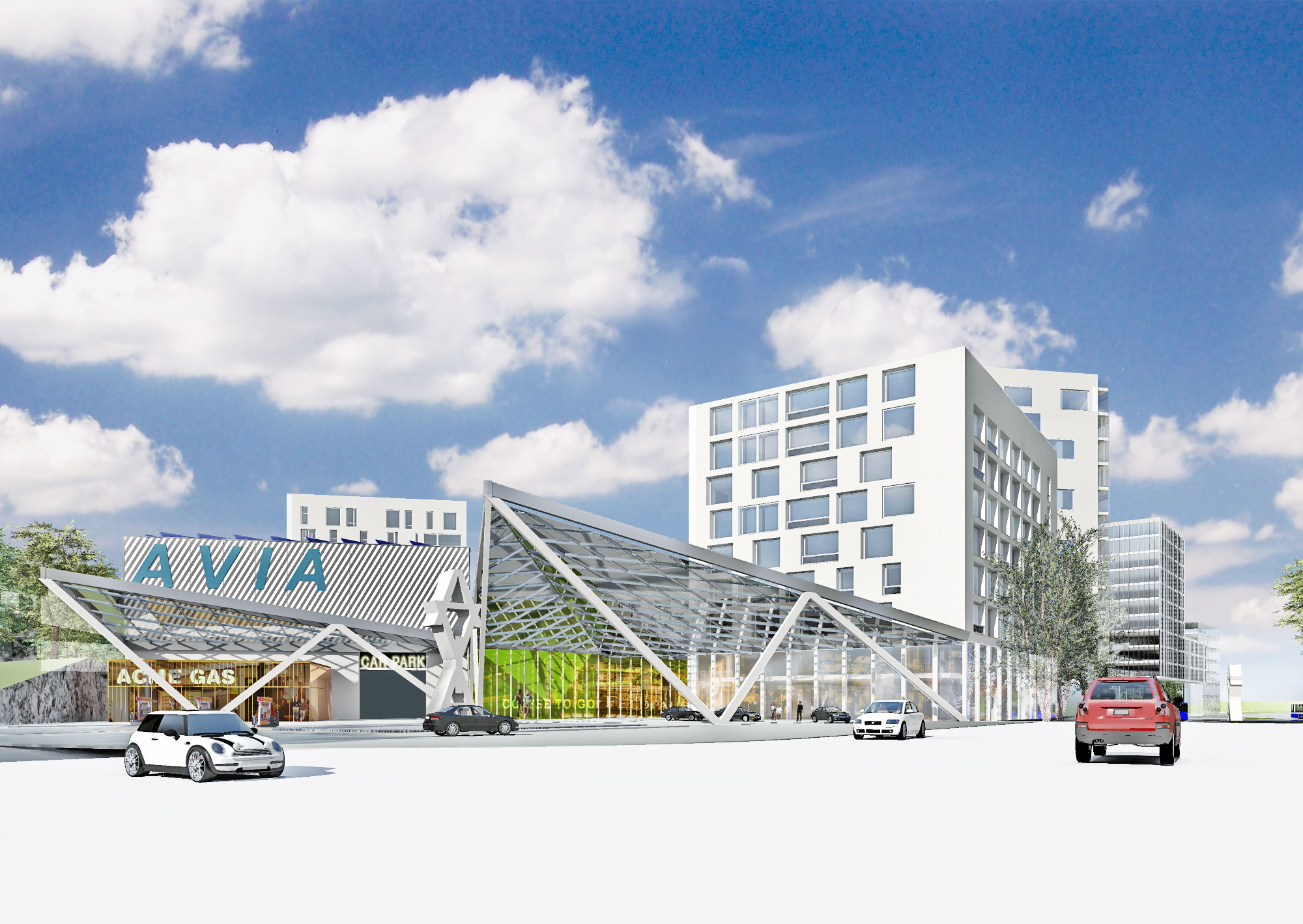 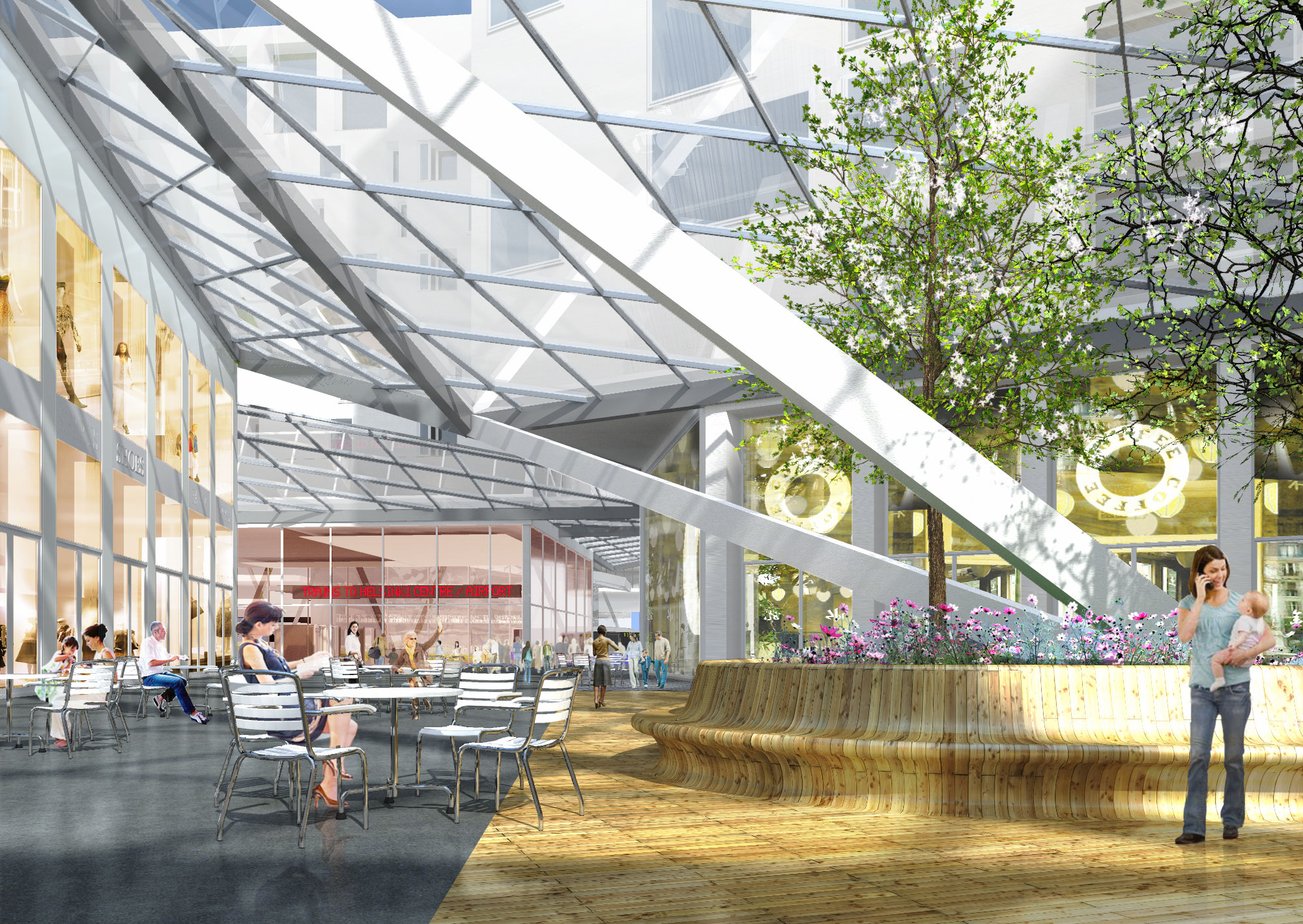 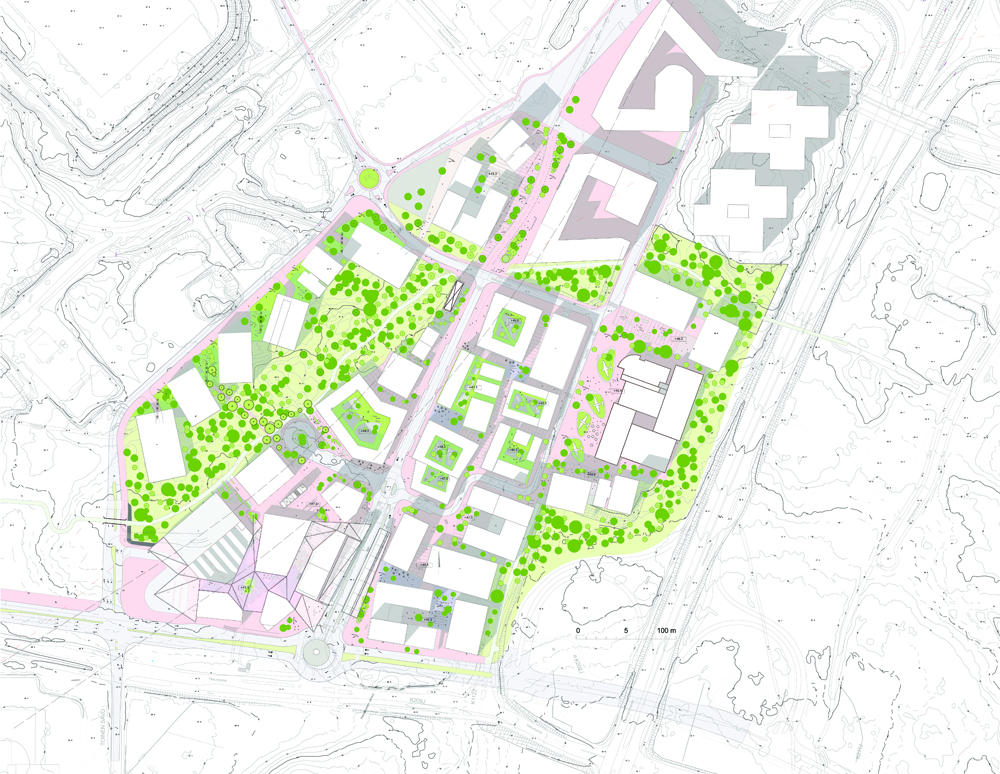 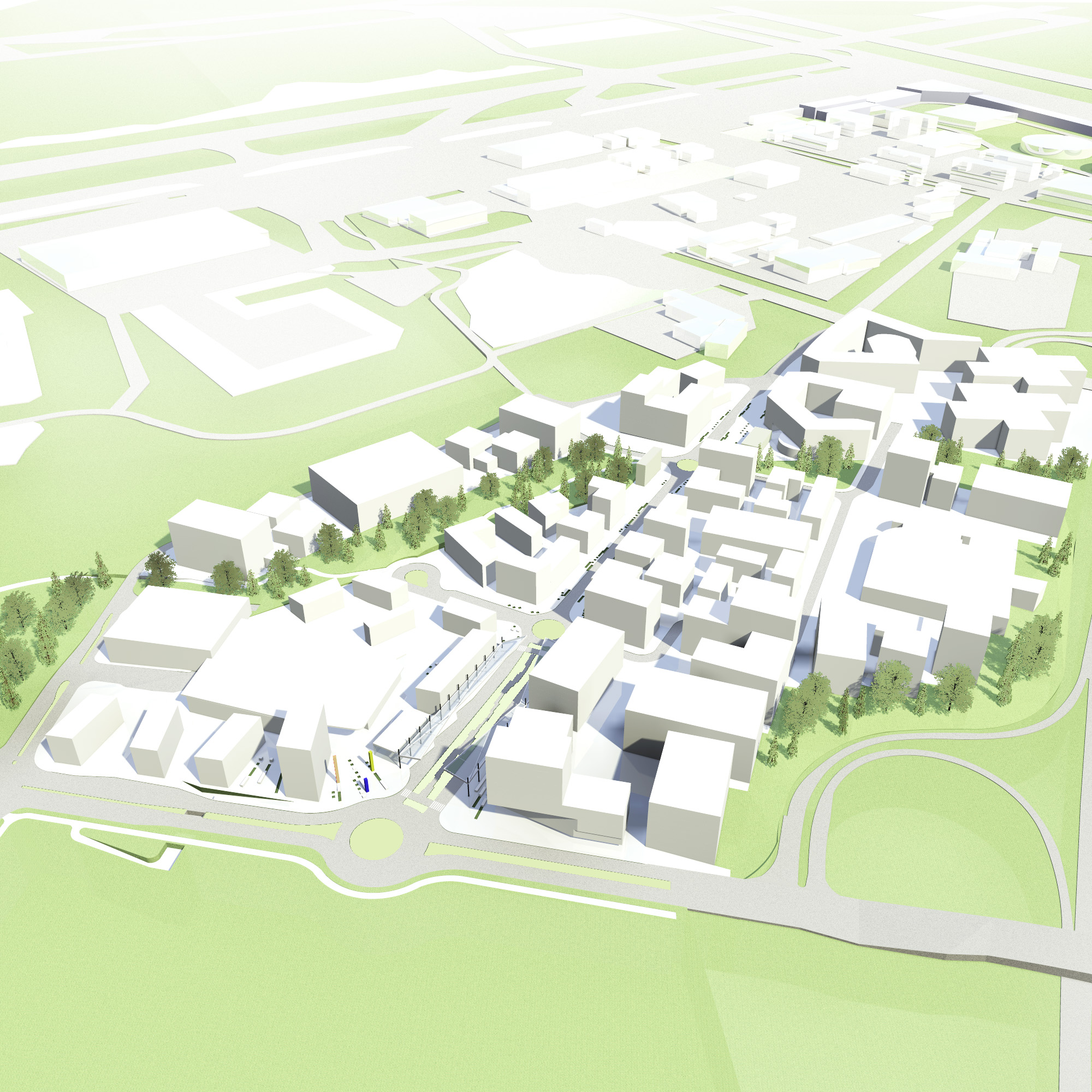