This competition for a new Tianjin Airport takes the idea of an airport to a new level. No longer just a monofunctional piece of transportation infrastructure, but a destination itself, whether you‘re flying or not. Tianjin Airport is a node of social, commercial and environmental facilities, and therefore enriches the simple anchor of arrival and departure towards an urban entity. A new Airport City will develop next to the airport as the Airport increases the attractiveness of the area. It will have a catalyzing effect on the city and eco-city of Tianjin.

The iconic building will become a new symbol for the city of Tianjin. Integrated desalination facilities will rehabilitate the surrounding environment.

The ancient Chinese perception of the sky to be circle shaped and the earth to be a square inspired us to design Tianjin Airport as a perfect circle. This pure shape shelters the complexity and depth of the sky. The opposite, square-shaped Airport City acts as a counterpart and a symbol for the earth.

Through a complex layering of circular shapes Tianjin Airport creates an impressive experience, reminding its visitors in every detail of the sky’s grandness. The circle is the most consolidated and therefore strongest shape existing; its apparent advantages are tight organization, short distances and strong identity. 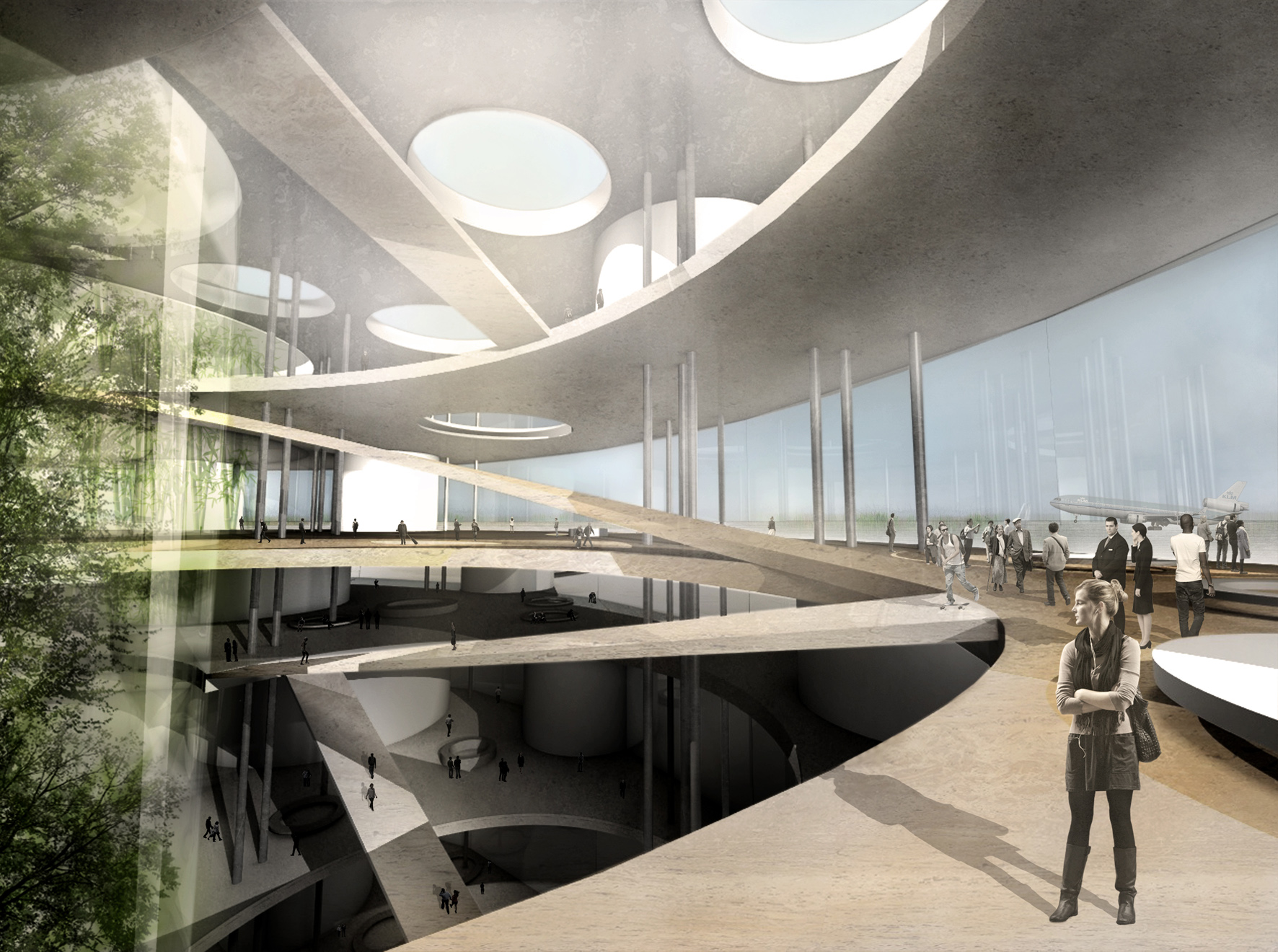 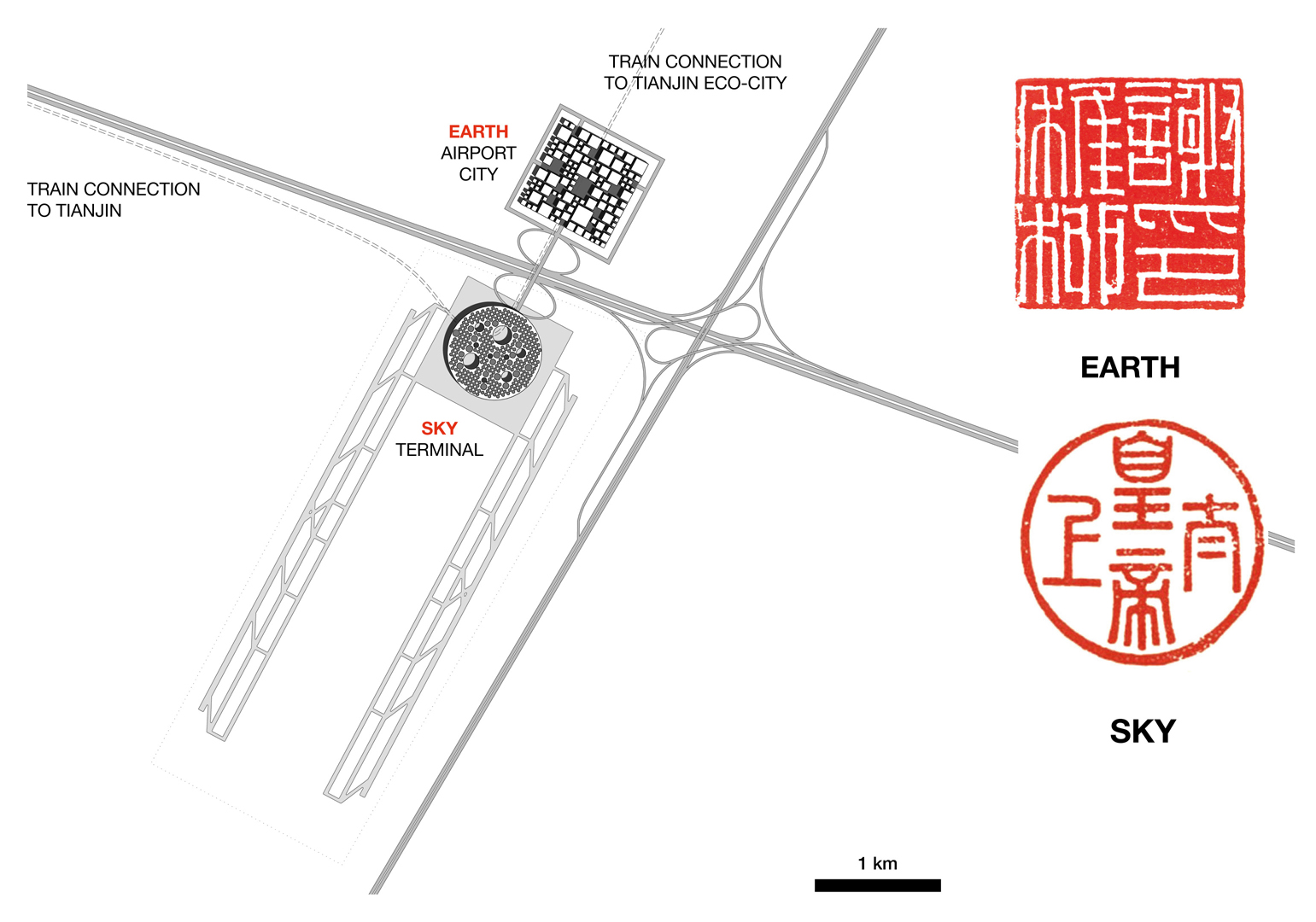 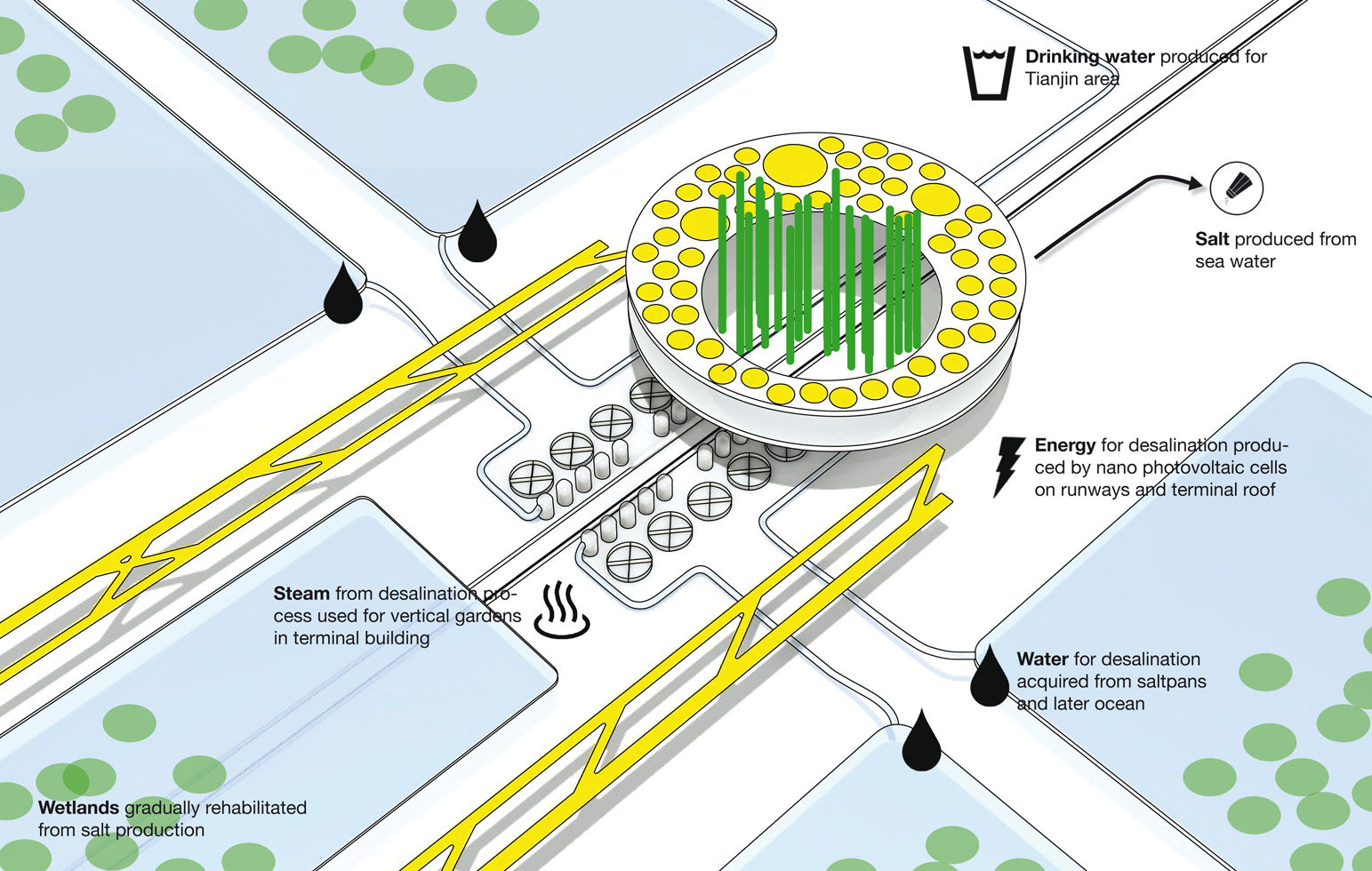